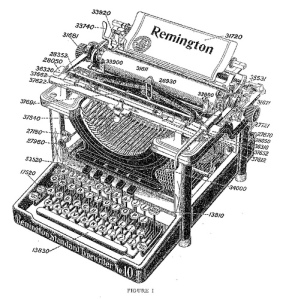 Actually, the full title is…

…and any article about House that includes “Narratological points of departure” as a sub-head is a must-read. The full article is at http://cf.hum.uva.nl/narratology/a11_sebastian_armbrust.htm

0. Teaser, in which a victim is murdered / a patient develops symptoms that typically lead to a collapse. Generally, the show’s recurring characters are not

Part I: Story    137 present at this initiating event, and the opening credits succeed the teaser, that is
hence also referred to as a “cold start”.

1. Act one, in which (after the opening credits) the detectives arrive at the crime scene / the patient arrives at the hospital and the experts begin their investigation into the identity of the murderer / the nature of the illness underlying the symptoms. This act typically ends in the negation of all the hypotheses initially entertained: the first suspect is innocent / the medical case is more mysterious and life-threatening than assumed, which often manifests itself in graphic bodily displays of new symptoms.

2. Act two, in which the search for an explanation of the current situation begins anew; and ends again in the negation of the hypotheses.

3. Act three, which repeats the same steps to the effect that at the end of the third act, imminent death looms over the patient and the doctors seem further away from a solution than ever before.

4. Act four, in which the crime is finally reconstructed / the correct diagnosis is discovered, the murderer is arrested / the patient is treated and healed (or, in rare cases, diagnosed as terminal and informed that no treatment is possible).

One comment on “TV Drama Breakdown: Schematic Narrative Composition of CSI and House by Sebastian Armbrust”

This entry was posted on May 6, 2015 by gregorymilleris in Story Structure, TV and tagged Genre.