A Galaxy of Franchises: The New Yorker Interactive Infographic of Movie Franchise Profitability 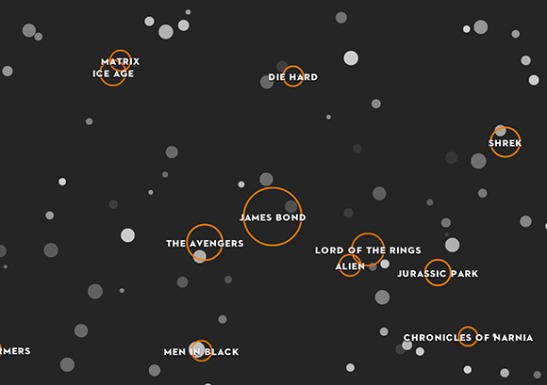 Hollywood is enamored with the franchise. A profitable one can sustain sequels across multiple decades that are worth billions of dollars in ticket sales alone. But, as the box-office ups and downs of the “Star Trek” films have shown, the formula is far from a guarantee. The New Yorker has charted a part of the expanding galaxy of movie series, ranking them by franchise gross, per-movie gross, and franchise profitability in this great interactive info-graphic.